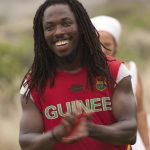 He has created successful career, despite challenges as a professional West African dancer, drummer, teacher and director in the United States for the past twelve years.   He has become well known as a leader, creator and organizer in the African dance community as well as in the professional music industry.

Born in Guinea, West Africa, Fara spent his youth in the village of Kissidugu and Guinea’s capital city, Conakry. He began playing the djembe drum at the age of nine, performing in ensembles at the age of 15, including nine years as the lead drummer for Les Merveilles de Guinea (The Wonders of Guinea) under the tutelage of West Africa’s most influential director and choreographer, Kemoko Sano. This national ballet performed all around Africa and Europe, bringing Fara to the United States to perform in major theatres in 1998.

For the last fourteen years Fara has been in the United States sharing his culture, teaching, earning a MFA, and playing with musicians of all kinds. He has founded two different performance ensembles and teaches at numerous colleges and universities as well as teaching community drum and dance classes for students of all levels.

Fara founded Project Drum, which is an organization focused on bringing West African music and dance into schools (and other organizations) by working with students, training teachers and performing in schools. Fara has provided access to the rhythms and dance of Guinea through the Rhythm Reference Project (an online library) and Camp Merveilles, an annual nationwide music and dance conference, both of which he founded.

Fara completed his Master of Fine Arts in dance at the University of Colorado in 2012. He has taken this knowledge and found ways to relate and merge the art forms of dance and music from West African and the Western world. Fara shares this new and innovative perspective when teaching in community and university classes, and training members of his ensemble and companies.

His energetic and compassionate teaching style makes him one of the most sought after drum and dance instructors in the United States. As a solo artist, Fara has performed with many of the world’s premier musicians including Mamady Keita, Burning Spear, Neil Young, Sekouba Bambino, BB King, Otis Taylor, Joe Cocker, Youssou N’Dour, Salif Keita, Habibe Koite, and many more. He has been a member of many different bands and assisted with many musical recording projects and shows throughout the nation. Fara’s performance style has been described as “mystical” as he dazzles audiences around the world.

She has had a dynamic and results oriented career in dance, healing arts, education, community affairs and promotion over the past 17 years. Proven accomplishments in organizing events and developing successful programs and business as an entrepreneur.

Michal is a holds a BA from The University of Washington, and first started studying West African dance at that time. She has studied West African dance with a variety of master teachers, many of whom she has hosted on the Big Island of Hawaíi, where she resides.

As founder and director of Lavaroots Performing Arts in 2002, based in Hawaii, she teaches West African dance, Salsa, Hip Hop and Creative Movement, and her company has performed island wide for the past 14 years. As a professional dancer she has performed in many island productions, including resort entertainment for corporate events. In 2008 – 2009 she performed in, directed and produced “Blend”, which performed multiple “full house” shows on the Big Island of Hawaíi. In October 2013 & October 2014, Lavaroots Performing Arts and Fara Tolno presented the dance theatrical work called “Yankady, Here is Good?” at the Kahilu Theatre and Hilo Palace Theatre. Additionally, Kissidugu and Lavaroots are in their fifth year of hosting the annual Camp Merveilles Hawaii Dance & Drum Conference on the Big Island, started in 2013.

Ms. Carrillo has been a Teaching Artist in schools in the state of Hawaii since 2006, teaching grades K-8, reaching an average of 400 students per year. She is in her tenth year as Director of The Summer Arts program, hosted at Kahilu Theatre for the last nine years, and in it’s new home for it’s 10th year anniversary at Hawaii Preparatory Academy. Summer Arts brings performing arts and natural sciences to the youth in an exciting format, culminating in a theatrical presentation.

Michál is also a licensed Massage Therapist and has worked in the healing arts for the last eighteen years. She fuses healing work and dance together in a unique and compelling way, allowing her students and clients to peel the layers away and reveal the brilliancy within; and is committed to the expression of one’s true self through movement and culture.

Michál joined the board of Kissidugu in beginning of 2013 and is passionate and deeply commited to the Guinea school vision, clean water campaign, and overall wellness for the people of Guinea. 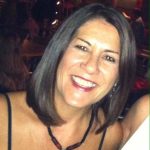 Forty years business experience in corporate business ownership, natural medicine with sales and marketing expertise. She is passionate about the cultural arts, music and dance. She is excited to be part of the Kissidugu Foundation Board of Directors and is dedicated to helping make a difference. 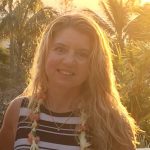 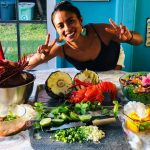 Anissa Lucero is an avid breadfruit agroforestry advocate with over 5 years experience working with breadfruit in farm production, processing, and sales and marketing and has played an integral role in

building the growing breadfruit industry in Hawai’i. She is passionate about caring for the environment and providing healthy, nutritious and sustainable foods in her community near and far. She enjoys connecting with nature and community through farming, surfing and dance.

We're not around right now. But you can send us an email and we'll get back to you, asap.